The STARACO project focuses on the history of hierarchies of STatus, RAce and COlour in the Atlantic Area from the Middle Ages to the present day. It is an Atlantic project insofar as racialisation processes grow stronger in the context of the colonisation of the Americas and Africa by Europeans.

The slave trade, the emergence of the plantation economy, and the formation of multi-ethnic societies, born of transatlantic conquests and movements, in the Americas and in some African and European islands and cities in the early modern period, were the key experiences that conditioned the racialisation of non-European peoples. The racialisation of non-European peoples was based on the medieval legal arrangements for defining the status of non-Christian minorities (Jews and Muslims). This racism casts a shadow over our time and explains in part the difficulty encountered by Atlantic Europe nations in developing certain aspects of their ethnic pluralism (in particular as regards their colonial history). This project calls for scientific reflection on the construction of Atlantic societies, combining history, anthropology, geography, sociology and economics, through the emergence of the racial statuses and hierarchies that accompanied it.

The STARACO project intends to give historic consideration to the question of the different statuses and colours, on the historical construction of “races” and the hierarchies that resulted from them. The dynamics of globalisation that France has experienced in recent years have brought about profound societal transformations. Financial globalisation, the relocalisation phenomenon, the crisis in European construction and the emergence of superpowers in the South are calling into question the ideas of diversity, tolerance, freedom and acceptance of the Other that founded the project of continental unity in the aftermath of the Second World War.

The city of Nantes and Pays de la Loire have been key players in this past and present history: they have always been home to large foreign communities and, through their maritime exchanges, have played a leading role in the construction of the Atlantic societies of Europe, Africa and the Americas. The theme of the construction of racial hierarchies in the Atlantic experience is thus a way of thinking differently about the history of relations between Europe and the peoples of the “South” and the emergence of prejudices about colour or “race”, the effects of which still mark European societies today.

The STARACO project aims to structure reflection on a regional scale by encouraging basic research, researcher mobility, student training, and meetings between researchers, teachers and civil society actors. The objective is to initiate dialogue between researchers and students and to compare different experiences and historiographical traditions.

With this project, social science research becomes one with the policies adopted in recent years by the city of Nantes and the Pays de la Loire region. The Memorial to the Abolition of Slavery, the activities of the Institute for Advanced Studies (IEA), the Human Sciences Institute (MSH) and the scientific policy followed by the Museum of the Musée des ducs de Bretagne has turned these efforts into reality. The project also aims to meet the expectations of associations and actors in political life. Making available the expertise that comes out of the debates and meetings between project researchers and collaborators will contribute to raising awareness among the general public and public authorities on the need for providing historical answers to the debates that resonate with our societies. The issues of memory and heritage on the one hand, and knowledge of a region’s/nation’s past on the other, are essential for thinking about the integration and assimilation into an area by people from ethnically diverse backgrounds or who are religious. The rapid transformations that European societies are undergoing require interaction, multi-ethnicity and integration to be considered at the regional and international level. 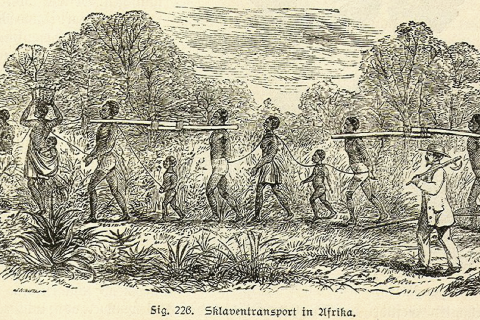